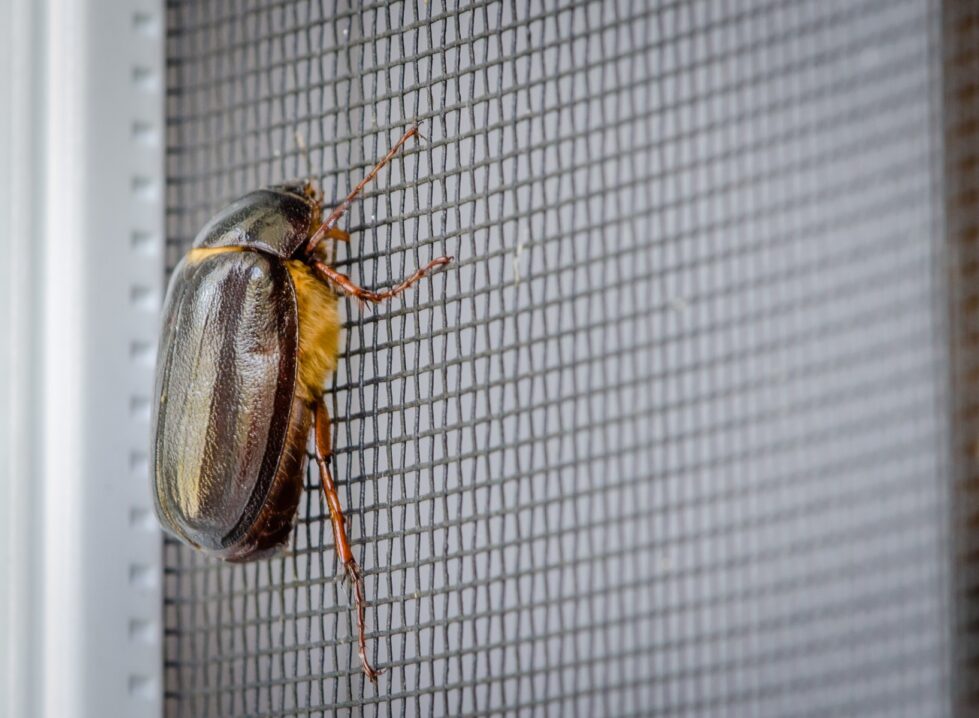 What are June bugs, and should I be worried about them around my home and garden?

June is the month for enjoying summer and all the warm weather, but it also brings with it a few unwanted visitors. The brown flying bugs that show up are called June Bugs (aka June Beetles) and they can be quite pesky. However, there are ways to get rid of them if you know where to look!

We’ll share tips about what June bugs are, and how to keep these bugs away from your garden and home this summer.

What are June Bugs?

June bugs are not actually bugs, they are a type of beetle. The  June beetle, (genus Phyllophaga), also called May beetle or June bug, is a genus of nearly 300 species of beetles belonging to the widely distributed plant-eating subfamily Melolonthinae.

The name “June bug” comes from the month of June, which is when we usually see them in the United States. Although they are usually called June beetles, they don’t actually have any connection to the month of June. They’re called this because they come out during that time of year and they’re often attracted to lights at night. Adult males can be seen flying around lights at night between May and July looking for females to mate with.

What do June Bugs Eat?

June bugs live in wet, moist environments like decaying logs and leaves. Females lay eggs in small holes or cracks that she bites into (wood or bark) before laying her eggs inside them. The larvae live underground for about two years before becoming adults.

Adult June bugs eat foliage and flowers at night, sometimes causing considerable damage. June beetle larvae, called white grubs, live in the soil. They can destroy crops, (corn, small grains, potatoes, and strawberries), and they can kill lawns and pastures by severing grasses from their roots.

Are June Bugs a Problem Pest?

June bugs are a nuisance for homeowners. They’re not only annoying but can be costly and hazardous. To get rid of June bugs and prevent pests from getting out of hand, we have compiled the following information how to get rid of them.

How to Get Rid of June Bugs

If you’re wondering how to get rid of June bugs, start by targeting their larvae (or grubs) first beneath the surface of your lawn, before eliminating the adult June bug beetle population with either chemical or natural sprays, traps, and deterrents such as diatomaceous earth. Here are a few tips to get started with June bug control.

Preventing June bug infestation largely relies on controlling the larvae. The white grubs inhabiting lawns and gardens are what you need to worry about most, but reducing your use of fertilizers and spray chemicals can also help increase natural predators such as birds and small animals that eat grubs. Larger birds and bats will eat adult June bugs, and the presence of small predatory creatures such as toads and harmless garden snakes can help control June bugs.

On the flip side, adult June bugs can attract predators you may not want in your backyard, including parasitic wasps, snakes, tarantulas, skunks, voles, and moles. If this happens, you may have an even bigger pest problem on your hands.

Contact a wildlife removal specialist today if you need help with pests or nuisance wildlife problems.