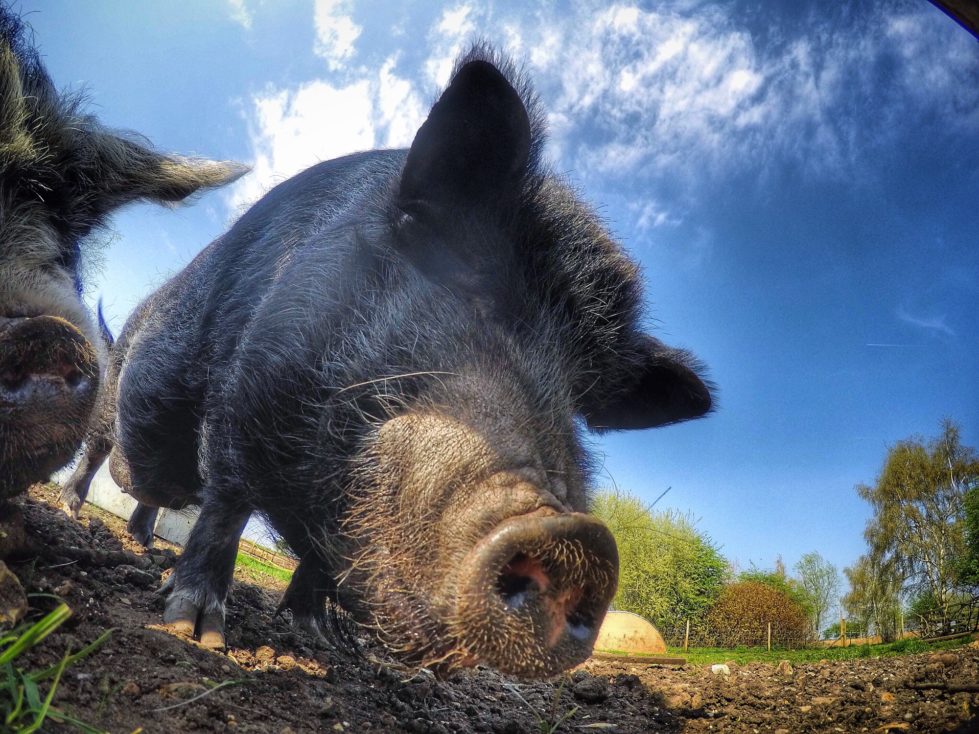 On a chilly Saturday in January 2017, a 17-year-old young man was watching younger nieces and nephews at his rural house in Culpeper County, Virginia. The man happened to look out in his yard and saw something he did not expect. Trotting up from the woods, with surprising fluidity, a large, black-haired beast approached.

In Culpeper County, it is not unusual to spot a black bear in the woods or even in people’s yards. However, what approached the house that Saturday was more dangerous and becoming more common to see in Virginia: a feral hog.

What is a Feral Hog?

A feral hog is any number of species of swine that has no known, or provable ownership. In short, it is wild. Semantically speaking, a feral hog is a farmed pig released into the wild either purposely or unintentionally. These freed pigs can be just as dangerous as the wild hog, feral hog, and wild (Russian) boar, all cousins to the farmed variety, with the distinction of having been born free.

Feral hogs are an invasive species in Virginia. They are not migratory but have been slowly moving north from more saturated states like Florida and Texas due mostly to human intervention. People catch in one state and release in Virginia both feral and wild hogs, for hunting purposes.

The Virginia Department of Wildlife Resources firmly discourages this practice due to the immense damage the freed pig can do. Once they are established in an area, they are virtually impossible to eradicate. A feral hog population can grow three times its size in just a year and a half.

Why Get Rid of Feral Hogs?

Despite their appearance, pigs, hogs, and boars are very smart. Many wildlife experts consider them on average smarter than dogs. This can make trapping and killing them difficult at best. Wildlife Removal experts consider Hogs a nuisance wildlife animal. They are also an aggressive species that constantly need to feed and understand incursions into their territory as direct threats to their survival.

Wild hogs consider their territory anywhere they are feeding, roaming, or rearing their young. When threatened, they can be very dangerous to pets, other wildlife, and even humans.

Pigs, hogs, and boars are not small creatures either. An adult can easily weigh over 500 pounds making it a formidable trespasser. With no known natural predators in Virginia, their presence has only grown. They can decimate natural resources including local wildlife, crops, and produce.

There is some measure of hope, though. Wild hogs can be hunted following local, state, and federal guidelines. Sometimes it might even be necessary to stop one on your own property like the young man in Culpeper County had to. Upon seeing the giant, 575-pound beast, his first thought was for the safety of his family. He secured his young kin, located his hunting rifle, and promptly ended the potential threat of the daunting interloper.

Shooting one on your property is not always an option for reasons like population density and firearms restrictions. Should you encounter, spot, or see wild hogs, take precautions to remove yourself and others to safety first. Then call the Virginia Wildlife Conflict Helpline at 1-855-571-9003.

For all other wildlife removal of nuisance animals, call Xceptional Wildlife Removal.